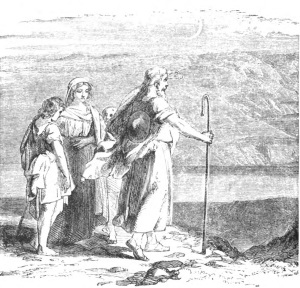 Anna Bembower will lead a six-week woman’s Bible study based on the book “5 Habits of a Woman Who Doesn’t Quit” by Nicki Koziarz, which is based on a study of the book of Ruth.

Every woman will eventually face it: the temptation to give in and give up, but something transformative happens when a woman decides to persevere in the face of difficulty and pain. A woman who refuses to quit influences her world in ways she could never have imagined.

Unfolding over six sessions, Nicki Koziarz walks women through the Book of Ruth, focusing on the Moabite woman’s five practical habits that kept her eyes on God: Ruth accepted the assignment of refinement, followed through on her commitments despite her feelings, remained open to the movement of God, gave others what she needed, and moved forward in faith.

This entry was posted in Events. Bookmark the permalink.